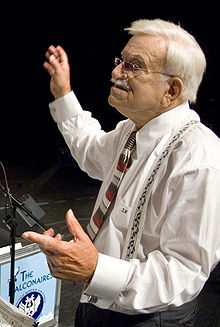 All of the following are available as midi, pdf., on tape or printed music (Score or Parts).

To order the complete file send me an email click here

Sammy Nestico received a Bachelor's degree in music education from Duquesne University in 1950, and has since then received an honorary Doctor of Music degree there, as well as numerous awards.

He has been a professional music arranger since 1941, when he became a staff arranger for ABC radio station WCAE in Pittsburgh at age 17. During his career, he arranged music for the Count Basie Orchestra (1967–1984), the US Air Force Band (15 yrs) and the US Marine Band (5 years) both in Washington, DC. In addition, he played the trombone in the big bands of Tommy Dorsey, Woody Herman, Gene Krupa, and Charlie Barnet.

During his long career in the television and film industry, he has arranged and conducted projects for artists such as Bing Crosby, Sarah Vaughan, Toni Tennille, Frank Sinatra, Phil Collins, Barbra Streisand, Count Basie, and many others. As orchestrator, he has worked on nearly seventy television programs, including Mission: Impossible, Mannix, Charlie's Angels, and The Mod Squad.

Sammy Nestico has published nearly 600 numbers for school groups and many for professional big bands. He has conducted and recorded his arrangements with several leading European Radio Jazz Orchestras including the BBC Big Band in London, Germany's SWR Big Band and NDR Big Band and the DR Big Band.

Back to The Starlite Room? , the Front Lobbyor to send me a note click here .